The Location – there is a weird geographic anomaly about Piercy, CA.  Locals say there are some places where water runs upstream, gravity is “stronger,” and supposedly, a compass will flutter heavily at true North due to an overwhelming magnetic force surrounding this area.  Not sure if any of this is true, but once you arrive at Cook’s Valley Campground at the Mendocino – Humboldt County line, you can certainly feel a sense of belonging. The grounds are beautiful. The trees are so majestic that if you look up at the tallest branches, you can basically travel through time.  The overall sense of welcoming was incandescent.

The River – the river was probably my favorite aspect of the entire weekend – partly because it was almost 100 degrees and it kept most of us from dying of heat – but also partly because it was a fun-festival-sea-of-floaties. I saw everything from swans, peacocks, and flamingos to donuts and popsicles. As a matter of fact, an entire group of friends each had a single slice of pizza to form one large pepperoni pizza (squad goals AF). Huge unicorn islands dominated the river, while rafts with built-in canopies and coolers floated by too. A river dragon made its way through smaller floats which made way for the gigantic rubber ducky. An incredible sight for sure. The river stage was strategically placed right along the riverbed so you could hear the music while you lay there chillin’… What other festivals even offer that?

The People – there were soooooo maaaaaaany peopleeeee. Organizers say this was the largest crowd EVER. It was insane the number of festivalers who attended this thing. And to be honest, I recognized a lot of faces (and totems) from previous festivals this summer, but everyone’s squad seemed to be bigger than before – including mine. The whole weekend, everyone I met was so extremely kind. Neighbors peaked into our camp to say “hi” and introduce themselves. People passing by stopped to compliment our setup. Some of my crew came all the way from Tahoe and attracted other Tahomies. Someone let me take over our camp’s aux so while I was blasting Mac Dre, pretty girls stopped to get a little hyphy. Even people working the festival made a lasting impression. From the guy who guided us to our camping spot (and then was so patient and flexible when we asked to move a few spaces over) to the lovely lady who took her smoke break at our camp in the shade after picking up trash all day in the scorching heat.  Yes – the people. You will NOT find these genuine people at any other festival.

The Vibes – needless to say, with the environment and the people on level 100, the vibes were beyond outstanding. Obviously, the music speaks for itself (no need to include how great it was – you saw the lineup!) There was yoga, a forest full of hammocks (perfect for mid-day naps), a cannabis area, a silent disco, art galleries, and tons of things to spend money on: vendors, plenty of food options, and a general store stocked with everything you forgot. I’m not sure what consumes one’s soul when going to Northern Nights, but even the shyest people seem to have the courage to come up and tell you how beautiful you are.  Sometimes you just need that kind of energy and Northern Nights was just that. The vibes at the Bunker Stage were the strongest. I saw the sun set and rise from various spots at the Bunker. Weird-5am-shenanigans took place there, but during that time in space, it was anything but weird.

A New Family – so many crews linked up for this. I had my crew (who started festival season off at Serenity Gathering and kept screaming “Serenity Day 91” all weekend), my crew had their LIB and Buku crews, those crews had their friends. My friends ended up knowing their friends. My SnowGlobe squad reassembled… Never in my entire festival-going experience had I ever been in one place with so many loving people. Like it was impossible to get lost when everyone knew where to return you. I went with about 25 friends, I left with about 25 more, and I gained about a million new memories.

All music aside – now I see why everyone claims this to be the “best” festival ever. And while some of us are still not unpacked, still a little sunburnt, our voices barely returning – we so anxiously await next summer when we return to do it all over again at the 7th Annual Northern Nights Music Festival in 2019. See you all on the river (or at Bunker). Peace out, festie fam.

All photography by Kristina Baky @kristinabaky. 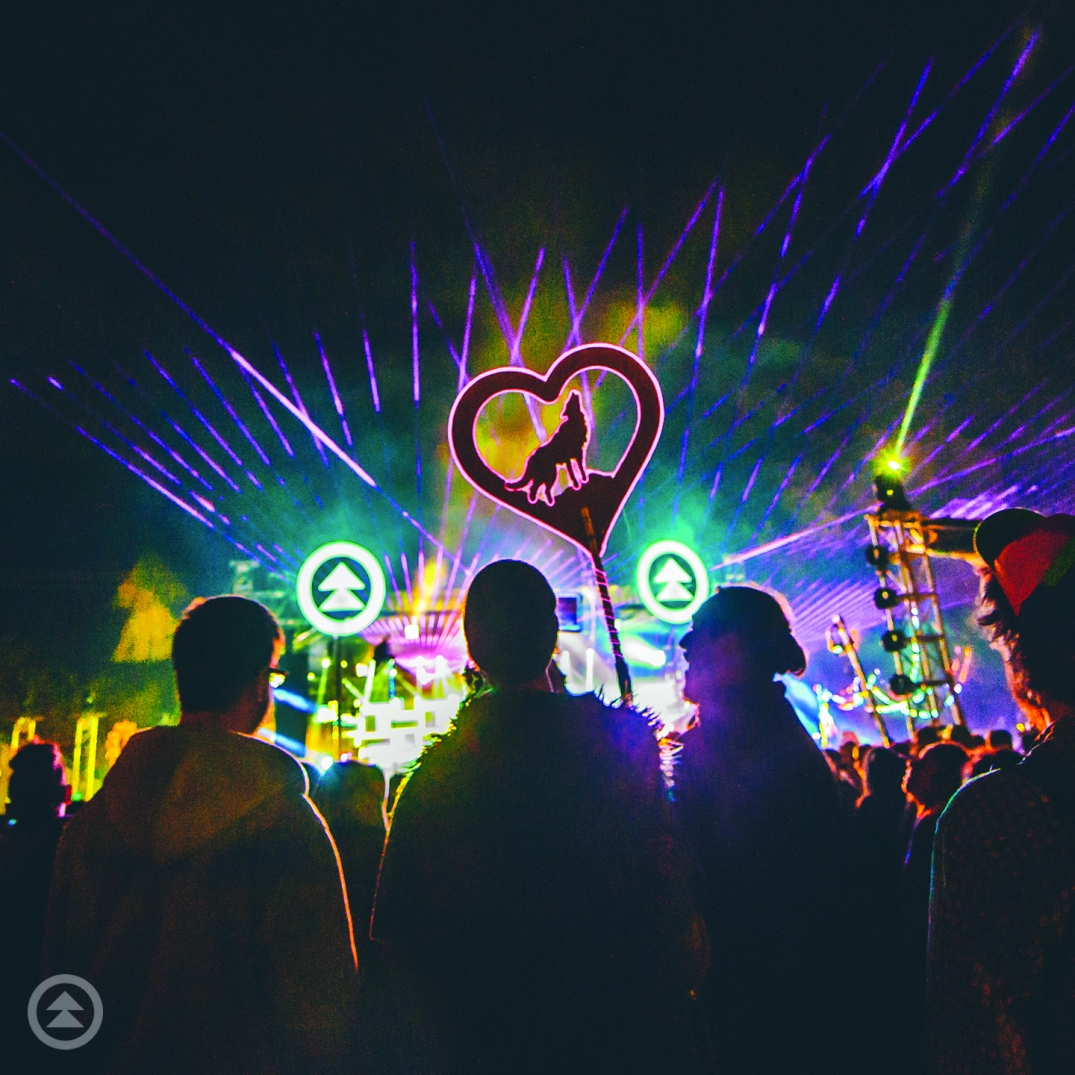 If there was one thing I wish more people talked about more when rendering their favorite festival experiences – is how peaceful the Hip-Hop environment was.

I realize a small (or perhaps, non-existent) number of people actually go to Electronic-based festivals to hear Hip-Hop so let’s take a moment to acknowledge Northern Nights Music Festival for always including some degree of Hip-Hop. This year: Sage The Gemini. In previous years: Living Legends, Adam Vida, Black Star, GoldLink, Amp Live, Zion I, and many others.

It’s hard to explain the scenery of a strictly Hip-Hop show or festival but imagine this – last year at Rolling Loud Bay Area, I saw a girl actively participate in a mosh pit and then immediately get upset when she got knocked down multiple times – while getting pushed around (as expected in a mosh pit) she threatened to pepper-spray everyone within reach. Wild right? At the same festival – Lil B got jumped backstage – of all people – Lil B?The Based God – who literally loves every single soul on this Earth including insects and trees.

Also, consider – numerous SOBxRBE shows in the Bay where chains get snatched and in turn, fights break out. At their most recent back-to-back, sold-out show in Santa Cruz, the second show didn’t even happen because someone brought their gun out. I’ve seen fights turn into brawls, rude girls throw drinks on one another, and aggressive attitudes from virtually everybody.

Not to mention – extensive searches, metal detectors, and pat downs upon entry. And don’t you dare try smoking a joint while you’re in there. Some will say it’s ego, others say pride, but what it really is – is the very content of the genre itself. Which is something that’s probably not going to change much in time. When you rap about drugs, violence, and bad bitches, that’s what you can expect when the energy is reciprocated in a live setting. But switch environments for just a second and watch how the scene changes. 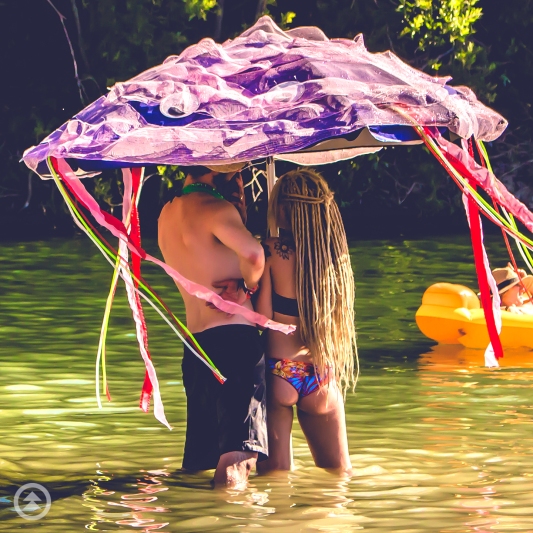 HIP-HOP NEEDS FESTIVALS LIKE NORTHERN NIGHTS because the atmosphere is so welcoming and abundant in vibes. If you’ve ever tried, you know you can’t talk a Hip-Hop head out of Hip-Hop, so don’t try. It’s not about the music – but try enticing real Hip-Hop fans with friendly people, pretty girls, not-so-douchey men, caring neighbors, activities like cannabis and yoga – c’mon, have you ever seen anyone smoke weed or leave yoga mad or wanting to fight? No, you have not. This year, Northern Nights has also incorporated an Experimental Cannabis Activation where organizers simply wish to implement a re-imagination of how festivals incorporate cannabis. Plus, of course, yoga, live art, a silent disco, a river, workshops, and plenty more. 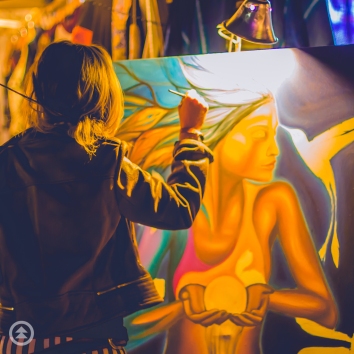 So much of Hip-Hop is resistance. Especially resistance to change. But a festival like Northern Nights will change your life, and maybe even your perspective on music in general. Genuinely coming from someone who sgoes hyphy to Mac Dre in between EDM songs at the most unexpected DJ sets at any given festival, I highly recommend this one over your typical festival.

Tickets are selling fast, and the set times have been released. Visit https://www.northernnights.org/ now for everything you need to know.  #MakeTheJourney and see you all there!